If The Lord of the Rings Was a Project

Role of the Project Manager | By Diane Ellis | minute read 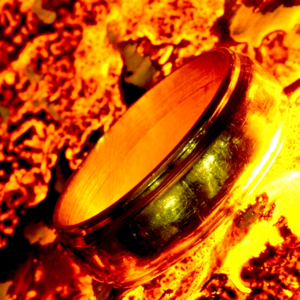 Let's assume for a moment that the great quest in The Lord of the Rings was a project. Now that's not as odd as it might sound. Just think of the criteria:

Certainly looks like a project to me. So, if this is the case, then just who was the project manager?

The role of a project manager is to:

There are four main contenders for the role: Aragorn, Gandalf, Frodo, and Elrond. Let's look at each of these in turn.

At the council meeting, it was Elrond who spelt out the goals of the "project," and it was also he who chose the team to undertake the mission.

However, Elrond soon faded into the background, only to reappear towards the climax of the battle against the forces of Sauron. During the vast majority of the quest, Elrond had neither influence on the progress, nor the ability to influence the methods being used.

In my view, therefore, Elrond played more of a project sponsor or project owner role.

Frodo has some claims, as he was ultimately accountable for the achievement or failure of the project.

However, he played no real role in setting tactical or strategic direction for the project. He had one job and one job only.

In my view, Frodo was a key project team member, but not the project manager.

Aragorn displayed the most leadership qualities, and was able to act both in a strategic and tactical capacity. He planned both attacks and defences of the various strongholds, and was a key motivator for the troops.

However, he was not acknowledged by others as the leader until fairly late in the quest. Additionally, he would not have been held responsible if the quest failed, although he had a key role to play in ensuring the quest would succeed.

Like Frodo, I believe Aragorn was a key project team member, but not the project manager.

This leaves us with Gandalf. Before Gandalf disappeared in the Mines of Moria, he was deferred to by the rest of the team as the leader, and when he reappeared in the Forest of Fanghorn, he immediately took charge. He sent Aragorn to Theoden to light the fires of Anduril, and then moved on to Helms Deep.

It was he who originally insisted that Frodo must be the one to return the ring to the Fire, and suggested that Samwise Gange accompany Frodo (an inspired move and one which surely saw the quest succeed).

The question is, had the quest failed, would Gandalf have been held accountable?

Had there been anyone left to judge, I believe he would have.

Diane Ellis has been a project and programme manager for over 20 years, and has recently released Project Management Made Easy, the no-hype guide to project management that gives you the skills you need. Find out more at www.ManageThatProject.com