Being a Project Sponsor Means Championing a Cause 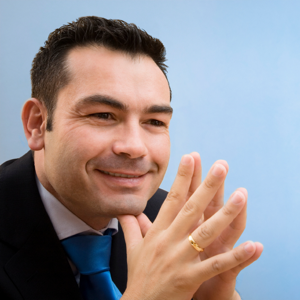 When talking about the positions on a project team, the ones that come to mind first are project leader, project manager and team members. Time is spent designing the project, selecting the right team members, establishing the critical path leading to end goals and establishing a reporting and measurement system. Unfortunately, what many firms discover is that the project still seems to get off course even with all the elements so carefully aligned.

A project team, in the final analysis, needs what every team requires and that is a champion, or someone who keeps the team spirit alive while steering the project to ultimate success. A team also needs someone who serves as a negotiator who interfaces between the team and the rest of the organisation. The project managers and project leader are busy focusing solely on the project, but this can actually serve to isolate the team from the rest of the organisation unless there is a project sponsor governing the project as a component of a larger enterprise.

That is where a project sponsor is invaluable. The sponsor is a key position which assumes several roles as project champion, project reviewer, project communicator and project diplomat.

As a team champion, the project sponsor plays a critical role in keeping the endurance, interest and viability of the team alive and well. A project usually takes weeks, months, and sometimes even years to complete. A team is made up of people and anything which relies on human resources is never going to be static.

Building a team requires a number of people and departments working well together on an ongoing basis. But just about the time the team is functioning like a well-oiled machine, a key player will quit or personalities will clash. Maintaining a team co-operative spirit to keep the project moving forward requires a project sponsor to serve as the champion of the team by helping it reform itself as necessary to stay effective.

In other words, the project sponsor is the unifying force that keeps the team on track for the duration of the project.

It is seldom a project reaches its goals without experiencing problems along the way. The possible problems are varied, but it is the ones which require diplomacy skills for resolution that can be the most difficult. For example, interdepartmental conflict requires sensitive diplomacy, which balances the need to get the project back on track with the need to force adherence to organisational policies and procedures.

The project sponsor plays the role of diplomat in a number of ways:

The project sponsor is the person who is responsible for controlling the project in a way that benefits and outcomes are achieved. This requires the ability to manage, co-ordinate, and most importantly, communicate.

Timothy Millett, head trainer at i perform, has extensive expertise in performance training, sales training and customer service training. Tim has helped participants from organisations such as SWIFT and UBS achieve peak levels of personal performance. For more information please visit i perform