The Project Manager's Guide to Dealing With Difficult Sponsors 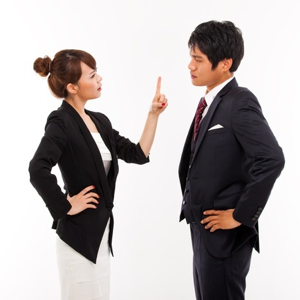 Part of the challenge that the project manager faces is the reality of having to serve so many different stakeholders and sometimes being pulled in very different directions. We're often taught that our "sponsor" is the person who is the champion of the effort. Indeed, they are often the one we're to seek out for support and issue resolution throughout the project. But what do you do when your sponsor is the problem?

As I travel the country and beyond to speak to business analysts, project managers, and team leaders about how to best manage problem attendees in their meetings or deal with difficult team members, I am astounded by how often someone raises their hand to ask, "But what do you do if your sponsor is the problem?" I have to admit that that does pose an interesting dilemma, but it's not one void of strategies you can use to address this not too uncommon dilemma. Let's explore a few different varieties of the "difficult sponsor" and see how they can be managed for optimum success.

Sponsor Type 1: I hope you don't mind me intimidating everyone with my overbearing nature at your team meetings. I'm just trying to help you speed things along J

What do you do when your sponsor is your problem team member? Sounds horrible, but it's not too uncommon unfortunately. Whether they're taking over our meetings, expecting us to perform miracles, or expecting us to read their minds, they can really turn a bad project into a nightmare!

Sometimes the problem is getting the sponsor to show up for meetings as requested. On the other hand, sometimes we're sorry they did show because they become our "problem participants" and that can be difficult to manage. Try these meeting facilitation techniques:

Sponsor Type 2: I'm not exactly clear on what I'm looking for, but I'll be sure to hold you responsible when I don't get it

Sponsor Type 3: Would you please boil the ocean? (and solve world peace too while you're at it J)

Sponsors are supposed to be our protectors and oftentimes they are. Unfortunately, the difficult sponsor can make an already challenging project excruciating! Admittedly, dealing with a sponsor is a unique challenge due to the political realities, and there are no easy answers. Sometimes a difficult sponsor does not respond to reason and helps contribute to a very negative experience for the project manager. More often than not, the project manager is too intimidated to deal with the situation at all. Don't make that mistake. Proceed with caution, use tact and diplomacy, be strategic, but do address the issue. The sophisticated project manager can indeed manage many stakeholders, even the difficult sponsor!