The Hidden Costs and Dangers of the Shortcut 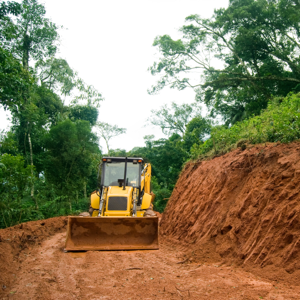 We live in a world where we are often pressured to take shortcuts to save time and cut costs as much as possible. However, if you're not a skilled and experienced project manager, the wrong shortcut could end up costing you a lot more. Here's an anecdote to think about.

Let's say you are running a project, and the goal is to upgrade a road to a remote property. You solicit bids from several contractors and ask them to do it for the least cost possible, and you also stipulate you don't want to get any permits.

None of the contractors are willing to work under those conditions, so you get your own earth moving equipment and a friend with some experience to help you upgrade your road.

In the process, you fill in a spillway to a dam for a reservoir. You think this is no big deal because the fine you pay for that is far less than what it would've cost to hire a contractor to do the job properly.

Three years later in a heavy rainstorm, the dam breaks because the spillway has been compromised. Seven homes are washed away in the ensuing flood and ten people die. Now, what was intended as a shortcut to save money ends up taking lives.

Is it so far-fetched? How often is safety comprised every day because people are looking for the quick way out? Even more important as project managers, we have a responsibility to be the voice of reason that understands the hidden costs and dangers of the shortcut.

Let's look at how a PMP could have prevented this:

Could someone without a PMP have done just as good a job managing the road project? From my experience, having someone with a PMP leading your projects reduces the risks of managing the project because they have a demonstrated ability to play by the rules. In a world enamoured with people "just doing it" and "thinking outside the box," we need folks who still know how to learn the rules, understand why they exist, and create a safe environment for all.

The Know How Network is a monthly column written by Michelle LaBrosse, the founder and Chief Cheetah of Cheetah Learning. Distributed to hundreds of newsletters and media outlets around the world, the Know How Network brings the promise, purpose and passion of Project Management to people everywhere. Visit www.cheetahlearning.com to learn more about Cheetah PM, the fastest way to learn about Project Management and get your PMP.