Has Your Project Team Considered All the Key Dimensions of the Problem? 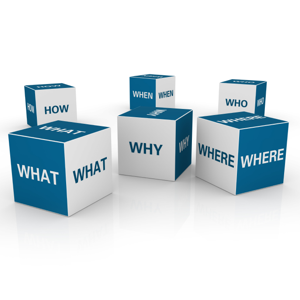 Many readers have mentioned to me that they feel that a lot of the projects they sponsor (even the successful ones) are often on "automatic pilot." This typically happens once the project teams feel that they understand the problem and have decided on what they believe to be the most appropriate direction for solving the key issues facing the project. The consequences from this can be severe. The most dangerous consequence is often that key aspects of the problem are overlooked. More common is that the team has not analysed all the relevant dimensions to the problem, and therefore has not developed complete and optimal solutions.

An example of a similar situation from my own work was a project team in the insurance sector that was developing a new structure for a company in response to key legislative changes. A key component of the project team's work was to look at the key business drivers for succeeding in the new environment. In a meeting the team presented their key hypotheses, which seemed to make sense. However, a clarifying question was asked about one of the success-drivers suggested by the team, and this lead to a broad discussion in which several new success drivers were identified which the team had not considered. Luckily, this did not happen in the final presentation to a SteerCo, but in a pre-meeting.

This type of situation can easily be avoided by borrowing a methodology used by consultants called a Blue Team (sometimes it has a different name). The methodology helps ensure that project teams are shaken out of the "automatic pilot mode" and have considered all relevant aspects before the end of the project. This methodology can easily be adapted to internal project teams as well, and is guaranteed to improve the overall quality of the work delivered.

A Blue Team is a structured meeting typically held once, maybe twice, during a project. In this meeting, the project team gives a short presentation on what it believes to be the key issues (if the meeting is early in the project) or key hypotheses (if the meeting is later in the project). The presentation is given to an invited group of people who are not directly involved in the project. The guest list for the Blue Team should include people with relevant knowledge and experience to the issues being dealt with by the project. Typically the people invited have market knowledge, technical expertise, and/or process experience.

The invited group needs to be able to quickly understand the issues being discussed, and is meant to be critical in the questions they ask, the comments they give, and the suggestions they make. However, the participants also need to understand that their comments and questions are meant to be helpful to the team. The Blue Team therefore needs to find a balance between criticism and support. One way of achieving this is to clearly state upfront that the process is meant to help the project team, and therefore only the project team can decide how to use the criticisms, ideas, and suggestions coming out of the meeting.

Even in the best of cases, the Blue Team is tough on the project team, as they (by definition) will get criticism on the work that they have carried out. Given the psychological barriers related to receiving criticism, even a project team with good previous experiences may have to be forced to carry out the Blue Team. My recommendation is therefore to make Blue Teams a standard part of all complex projects that you sponsor, thereby avoiding any choice or discussion on the process.