Dealing with Problems on the Project 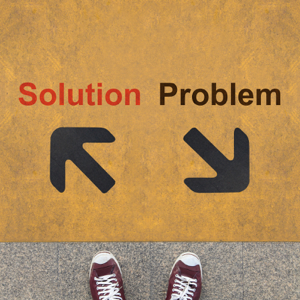 Problems come in all shapes and sizes on projects. From personnel issues to coding errors to clients who are just never satisfied, problems can derail and delay projects from the very beginning of the initiation phase. Regardless of what the problem is, when it happens on a project, the project manager needs to take care of it. If it is something that does not fall into a risk mitigation plan or an otherwise already defined process, then the project manager may have some difficulty coming up with a new method of handling it in a manner that will keep the project running smoothly.

Better Early Than Late (Or Never)

Problems should be confronted early on in the project. If a small problem is not identified and dealt with, it can become a large problem and could end up putting the entire project in jeopardy. It is vital that the project manager keep an eye on issues that seem small but could explode into something much larger. For example, if a member of the project team seems disconnected from what is going on with the rest of the team but still turns out good work, the project manager might be tempted to let it be. Eventually though, that one issue could end up causing everyone else to work redundantly or introduce defects while conflicting work is being executed.

Confront It Head On

Problems must be dealt with head on instead of through intermediaries or covert means. The project manager should be able to deal directly with whomever or whatever the problem is and make the quickest, most efficient decision about what needs to be done. The project manager will also gain the respect and confidence of the team if he or she confronts problems head on, as long as he or she addresses the issue in a reasonable and consistent manner.

In order to handle issues or problems on a project in a reasonable and consistent manner, the project manager must evaluate the issue and make decisions about what needs to be changed. In the example above, perhaps the project team member is accustomed to working alone instead of with a team. The project manager must find a way to bring that person into the team or else remove him or her from the project. Even a great software developer will not help to move the project forward if he or she cannot work as part of the team. As the project manager seeks to correct the problem, they must continually evaluate and re-evaluate what is going on with the issue.

Problems should not be ignored or left to fester. The project manager must take decisive action to deal with problems on their projects. It is best to confront problems early; confront them head on, and evaluate the situation before making any decision about what needs to change. Documenting everything will help keep an accurate record of the problem and what decisions were taken to solve it.