The Real Costs of Failed Projects 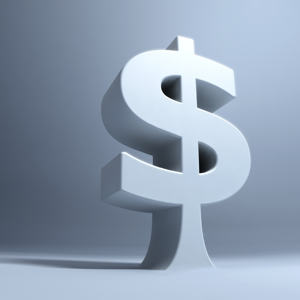 Ever since the CHAOS report of 1994, we have been hearing increasingly more alarming stories of failed projects and their costs to the world economy. Take, for example, the KPMG study published in the UK in 2002 and based on a survey of 134 public companies. According to the report, 56 per cent of them had had to write off at least one IT project in the previous year, at an average cost of US$12.5M, while the highest loss was placed at US$210 million.

That's around US$1.7 billion for this group alone. You'd expect to find CEOs, boards of directors and shareholder groups hopping mad at this flagrant waste of time and money.

But no! The same KPMG study tells us that only 9% of organisations regard completing projects within budget as their most important success measurement. And just 21% are driven by a need to finish a project on time. You begin to wonder what are their criteria for success, if time and money don't enter the picture.

That was back in 2002. Sixty-seven per cent of respondents in the survey mentioned that their programme management function was "in need of improvement or immature" and only 44% rated project performance against any established measures. I wonder what we'd find it KPMG were to undertake the same study today, seven years later.

But let's go back to the figure of $1.7 billion in project failures that I mentioned earlier. I would submit to you that the number grossly underestimates the financial impact of failed projects. Let me explain.

Self Reporting and the Definition of Failure

For starters, project performance is usually estimated by surveying managers and executives, often the very people responsible for the failed project they are asked to talk about. It is reasonable to assume that self-reported project failures and the associated cost implications are somewhat muted. That's is just human nature.

The latter definition would probably include most of the projects out there, while the former will only include a small percentage of projects, since it usually really takes a spectacular failure for a project to become deemed as such. I am sure many of us have experienced a situation when a barely passable project was proclaimed a huge victory. Sound familiar?

Given this, I believe that the number of failed projects is wildly understated right across the board.

Let's now consider a project on which an organisation spent one million dollars and decided to close with no salvage value to its assets or deliverables. What would you say that project cost the organisation? One million, right?

Well, I think this is how many failed project costs are reported in surveys. However, this number only represents a small part of costs incurred by an organisation when a project fails. I am talking about opportunity costs.

Opportunity costs are the costs of foregoing something given the selected course of action. For instance, if a working individual elects to pursue a two-year university degree full time, the cost of this decision will not only include the tuition and auxiliary fees but also the lost employment income for this period, the latter being the opportunity cost of this decision.

To start with, it is fair to say that projects are often undertaken in order to realise a business opportunity, such as to enter new market, to develop new product or service or to improve existing product or service in anticipation of higher profits. If such a project bomb, none of this will happen. The unrealised business benefits may easily dwarf any direct costs associated with this project.

Then, there is another consideration. No organisation can execute an infinite number of projects at the same time. Various limitations exist to prevent that from happening, the organisation's capacity to absorb change being one of them. Because of this, some projects considered by an organisation, all with their costs and merits, have to wait their turn in the pipeline. Often, they never get started because, by the time the organisation is ready to execute them, the business opportunity is no longer there. Let's say project A is executed before project B, but project B is dependent on the success of project A. If project A fails, project B is no longer valid. Thus, the cost of the lost benefits that project B might have delivered should also be counted in the costs of project A.

It is quite clear that lost opportunity costs, however substantial, are not included in reported failed projects' costs. They are not as easy to arrive at as direct project costs and, frankly, it is simply outside of many managers' skill set. But maybe it's time that this capability became part of the manager's essential qualifications.

So, how much are all these failed projects costing the world economy? I think that the number is much higher than what we're being told, and the exact number of failed projects, will we ever know?

It would sure be nice to find out, maybe the next survey will tell us!

Ilya Bogorad, MBA, PMP is the Principal of Bizvortex Consulting Group, a management consulting company located in Toronto, Canada. Instrumental in instigating positive change and bringing about marked improvements in his clients' condition, Ilya focuses on strategic aspects of a contemporary enterprise and transformation of high level concepts into actionable project portfolios. He is an authority on executive decision making and business cases.

Ilya holds an MBA with specialisation in Finance from Rotman School of Management at University of Toronto. Among Ilya's clients are organisations of all sizes in Financial Services, Insurance, Healthcare, Supply Chain, Travel, Information Technology, Government, Manufacturing, Telecommunications, Media, etc.