Is Your Project Manager Colonising Your Mind? 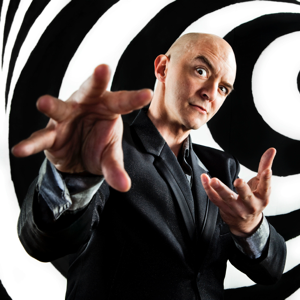 It is common for the term 'micromanagement' to be associated with managers aggressively intervening to conduct actions on behalf of their subordinates. The subordinates notice a loss of control and autonomy over their ability to execute actions. The experience can be debilitating for many and some may even feel demoralised, vulnerable and bullied.

However, there is another dimension to micromanagement, which is rarely discussed or acknowledged. This is when the offending project manager, micromanages the idea of subordinates, or in the worst case scenario dominates their ability to think and produce concepts.

Instead of providing guidelines and etching out boundaries of concepts, the project manager controls the entire process of building the concept from inception to completion. Under the pretext of challenging and brainstorming the idea, the project manager embarks on a painstaking process to supplant ideas into the minds of subordinates. No matter how weak or skewed the ideas may seem, they are gradually implanted into the minds of the subordinates until their minds are intellectually colonised.

Any resistance from the subordinates, no matter how justified it is, is met with ridicule and endless debates that quickly digress into accusations about the subordinates' inability to comprehend the wider picture, or understand what executives really want. If by chance, flaws in the idea are pointed out by employees of higher rank, the idea is immediately revised, but the mistakes are never admitted before the project team.

Those subordinates, who possess a superior understanding about the idea under discussion, rapidly learn that efforts to persuade are futile and they eventually capitulate. Others, who refuse to be browbeaten into submission, are hounded until they resist no more, or they are isolated.

Because concepts take time to manufacture and polish, subordinates discover the repetitive invasion of intellectual privacy undermines their ability to control their own thinking. This is an earth-shattering experience and leaves an indelible mark on the psychological state of subordinates. There is little doubt that this form of micromanagement is far worse than micromanaging actions. The intellectual tyranny leaves subordinates broken and imprisoned within the mind-set of the micromanager. Subordinates lose motivation, team morale diminishes and conviction to publicise the idea to a broader audience is permanently lost. Subordinates have no real options other than become like zombies, or look elsewhere for employment. But in the epoch of economic uncertainty, the search for alternative employment can be a long torturous wait.

The lack of spirit and vigour is easily detected by other teams, but most fail to interpret these signs and dismiss the root cause (the meddling micromanager) as being too idealistic, or impractical for implementation. HR managers follow in the footsteps of their colleagues and fail to diagnose the tell-tale signs of intellectual dictatorship, and treat the problem of poor team morale through standard employee engagement methods.

The wise project manager is the one who implants the seeds of the idea in the subordinates and instils within them, the confidence and freedom to develop and nurture the idea, based on a few specified guidelines. In this manner, subordinates feel the idea belongs to them, and they develop conviction to defend the idea before others. The same principle should apply to actions. If there is a need to micromanage, it should be applicable to objectives only. Project managers all too often, set objectives but panic when they discover that the objectives are not being met. Hence they scurry to take control of their subordinates' actions, or seize ownership of their subordinates' minds. However, if they had micromanaged the objectives and provided feedback and direction on a periodic basis, then there would be no need for project managers to micro-manage ideas and actions.

Abid Mustafa is a seasoned professional with 18 years' experience in the IT and Telecommunications industry, specialising in enhancing corporate performance through the establishment and operation of executive PMOs and delivering tangible benefits through the management of complex transformation programmes and projects. Currently he is working as a director of corporate programmes for a leading telecoms operator in the MENA region.