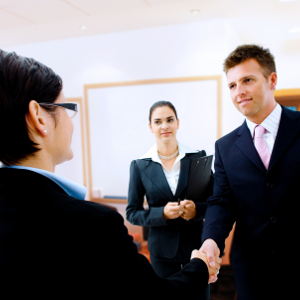 Running training events is often a dumping ground for people's frustrations. I guess we have all done it thinking this guru will help us solve all our problems. However, some of our problems are deeply ingrained and take a lot of shifting.

One such problem is the role that senior managers play or should play in projects. The terminology does get in the way however, we believe that all projects need a sponsor, someone who gives executive support to the project manager and project. This is a person who among other things:

We have surveyed over a 1000 project managers and the report makes poor reading. When asked whether roles, responsibilities, and levels of authority are always clear in projects we received the following results:

People feed back to us that the role of the sponsor is often missing. In one organisation sponsors earned the unenviable title of sleeping sponsors. Sponsorship is an active process and one of the keys to project success. Without active participation by senior managers, projects are contributing to poor project performance, for example:

Sponsors need to be trained and developed to ensure that the sponsor role is carried out effectively. They got to a senior management role through their expertise and training and when they take on board a senior role, sponsorship comes along with it. It is not a criticism of senior managers more a plea for them to take their sponsorship role seriously.

But senior managers beware! Project managers are starting to bite back! They are using risk management as a tool to explain that the project is in danger. They are quite clear they are not hiding behind delivery; but to deliver they need the active involvement of senior managers.

When a project starts to fall behind the project manager directs the sponsor to the risk log. They also identify the sponsor had received a copy of it before, but failed to act on their lack of involvement. Now it takes a brave project manager to do this, but it has had some positive impact with senior managers realising that if the project is to be delivered and if the overall strategy of the company is to be met they had better be more involved.

So senior managers, the gauntlet has been thrown down, reduce project risk and get more involved. Over to you!