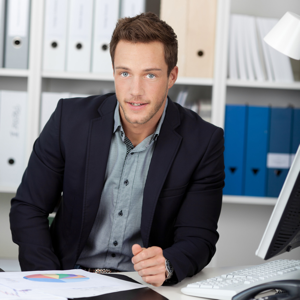 Scott Berkun has some very interesting insights about the distinction between project managers, in the traditional sense and definition of the term, and project trackers, who may have the title of project manager, but essentially only gather actuals and create reports for sponsors and management without actually leading project teams during execution. Scott also provides a handy set of questions that can help one determine exactly what role a project manager is playing on projects.

I have made this distinction for years in the project management courses that I teach at the University of Wisconsin-Milwaukee. The analogy I use to describe a "tracker" is of another position in large organisations - that of an auditor.

An auditor (internal or external) looks at the past to reconstruct financial transactions and report to management and others (government regulators, for example) that such transactions were proper and within limits set by management, regulators, and others with control over the organisation. A project tracker has the same role: collecting actuals (project data), analysing the data, and producing reports for management, sponsors, and other controlling parties. I tell my students that although these individuals may perform an important role, they are usually not leading or managing projects with authority as we would usually expect from people holding the project manager title.

There is another insidious problem that I've seen in the past and warn my students and clients about: that of the hybrid PM/tracker. The hybrid has a number of problems that are hard to rectify successfully:

I advise my students that the hybrid scenario is one that they must avoid at all costs - it won't be worth it not only for the project, but their careers as project managers, managers, or project team members. I also strongly suggest to them that the time to establish project authority issues is when the project is in its initial phases (or in the job interview, if that's the case). I usually suggest the following approach with sponsors and managers:

The essence of this is clear: if you're going to be held accountable and responsible for project outcomes, you have to have the authority to lead and make decisions. If you're a pure tracker, the point is moot. If you're in a hybrid situation, you're in trouble, so is your project and most likely, your organisation.

Robert McIlree is a consultant and university lecturer/speaker specialising in enterprise architecture and project management. His blog can be found at enterprisearchitect.typepad.com

Am I Doing What I Should Be Doing?