Project Managers Are Having Fun in IT Offshoring Projects 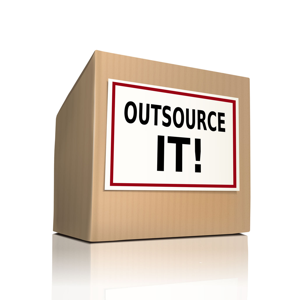 Available literature suggests significant growth is taking place in the global IT offshoring market. IT outsourcing/offshoring is nothing new. It has been around since the internet began, but it is increasingly gaining attention, and recognition, as an IT procurement strategy. Of this type of strategy, the literature has given the least attention to the IT project offshoring execution process, but academics and practitioners signal that a better management of the relationship will lead to a successful IT offshoring.

However, very little empirical evidence underlines how cross-border projects are run. Numerous—and not always generic—challenges lie in the execution process. The purpose of this qualitative study is to identify, understand and diagnose IT offshoring project challenges, particularly in regards to project management.

The Scope of the Research

The aim of this research is to gain, through multiple case studies, acute insight into challenges that IT offshoring projects face. For the information gathering, we used structured interviews to gather information from voluntary participants, see figure 1. At its core, this research is qualitative in nature, not quantitative, in that neither the data nor the findings allow for rigorous statistical or numerical analyses.

Because the interviews were semi-structured, the data is narrative. We analysed the data using 'pattern matching' techniques well-suited for a quantitative research model.

Our analysis suggests that the IT offshoring relationship is strained by various factors. However, the cases we examined in this study focus on project management. The findings show that offshore software development projects experience numerous challenges in managing projects. We identified four main issues:

Due to the geographically distributed setup of offshoring projects, teams have to rely solely on electronic and formal communication. In the cases we examined, this constraint impacted the efficiency of communication across teams. Cultural differences often exacerbate communication problems as well. For example, an email from someone in a culture where communication tends to be more direct might seem rude to someone from a different background. A different sense of time is another example that can lead to serious problems in interpreting deadlines. For example, one culture might find it important to arrive on time as opposed to a more laid-back culture where arriving late is no big deal.

In the case studies, project teams used consolidated or fragmented processes for project execution. A consolidated process is a process employed by all distributed teams that share a standard project plan, structure and deliverables brought about by synchronised activities. Conversely, a fragmented process is one in which each party runs its own execution process, in complete isolation of other parties involved.

The studied cases showed consolidated execution to be less dramatic, but not without its own pain points. Despite having identified and allocated tasks, defined deliverables and understood dependencies, the culture of 'team leads' eventually fragmented the project.

In the six cases we studied, the use of two vastly dissimilar execution processes in running a global project resulted in teams focusing more on implementation than project goals and business-defined outcomes. There were cases in which one party opted for 'agile' while the other chose to use 'waterfall'. Thus, fragmented execution alienates various teams, deepens divisions and introduces geographical isolation among teams.

Harsh contract penalties are used as preventive measures to safeguard the client's interest in the arrangement and to ensure its cost savings objectives are met. Participants opined that such harsh penalties strained the client-vendor relationship, making it 'dependent and exploitative', further negatively affecting the quality of delivered IT activities.

Regardless of the level of mutual trust between project partners, differences are bound to appear. In some cases, 'trust' was not yet achieved in the relationship, either because the agreement was transactional where there is no commitment to a continuous partnership or the agreement was recent and parties were still in the process of building trust. Unfamiliarity with other teams also seemed to be a major obstacle in building trust.

Trust is established through a long and organic process. It requires physical contact, informal communication, familiarity with each other's cultures and at least some form of 'shared beliefs'. In cross-border projects, the geographical distance inhibits the organic and fluently natural process of establishing trust.

Across the studied cases, communication was the biggest factor contributing to difficulties in project management. The lack of pre-designed communication processes is a prominent reason for this. Geographical, temporal and cultural separation also impacts communication.

As far as using two different and incompatible execution processes is concerned, the negative impact was easily observed. When processes used are inherently different from each other, they demand different treatment from all involved teams. Thus, using two processes in the same project seems to put more emphasis on the 'process' rather than 'execution' itself.

Other issues—such as lack of trust because of the 'dependent' nature of the client-vendor relationship and the harsh nature of contract penalties—also make project management a more difficult prospect. Trust and time differences are still unexplored fields of research in IT offshoring setups, and there is much scope for further, and deeper, research in these areas.

What I believe in, however, is the ability of people to quickly grasp and learn from their mistakes and experiences, notwithstanding their nature, of course. Globalisation has far from run its course. It's just getting started. With new cross-border trade pacts, free trade online, fast-evolving business models—such as crowdsourcing and crowdfunding—and most countries relaxing custom excises, offshoring definitely has a bigger role to play in the near future. Hence, we must understand, learn from and not repeat the mistakes in the project management involved in offshoring setups.

Adam Alami is a seasoned, versatile IT consultant with over 18 years of experience revolving around major business transformation projects. He has a wealth of cross-industry experience with Tier 1 businesses in major projects in the areas of enterprise transformation, integration, migration and systems modernisation.

Adam is passionate about research. His research interests are IT offshoring, global project management, banking technology, business analysis, information technology and culture, enterprise innovation, and business solutions. To find out more, contact Adam by email or visit his website www.adamalami.com