When teams come together, conflict is almost inevitable. Not all conflict is unhealthy though. Conflict has the potential of bringing out the best from individuals and teams and building rapport when it is directed towards the goal at hand. Only when it starts damaging the team spirit and jeopardising the common goals that it becomes a cause for concern. Therefore conflict needs to be properly identified, analysed and managed.

To do so, one has to acknowledge the presence of conflict, and then look for root causes. Conflict can be due to misaligned goals or personality clashes. It is imperative to understand the nature of conflict to adopt a suitable approach towards managing it.

Although teams may share common project objectives, they may have different internal goals that conflict with other teams. This could manifest in various forms like duplication of work, pushing work, taking decisions that impact other teams without consulting or communicating.

The differences in internal goals may be due to incorrect understanding or apportioning of scope, incorrect internal prioritisation, lack of clarity on dependencies, lack of common ground rules for communication.

Internal goals may also take prominence when a project has a very aggressive timeline. In such projects, each team gets absorbed in completing its piece of work without being responsive to the needs of dependent teams. Although the team accomplishes its internal goals, the overall project objective suffers.

If these are true, then the project manager has to seriously look at:

Conflict may not necessarily originate from conflicting goals, but may be related to the individuals involved. It could be due to personality clashes between certain individuals, thereby impacting the project work. This could be for various reasons including:

Mutual trust is the key to minimising unhealthy conflict in a group, be it goal or personality related. To remove communication barriers and improve mutual trust, a project manager may also look at the following ways of organising and locating the teams:

Co-located teams: The project manager should look at the possibility of locating the teams on the same floor space. With teams working in close proximity to each other, communication barriers are obliterated and there is greater team rapport.

Although it may not be possible or essential to eliminate conflict altogether, the project manager should strive to minimise negative conflict and manage healthy conflict.

Gurdeep Kaur is a Principal with the Project Management Center of Excellence at Infosys Technologies Ltd., a world leader in IT services. She has over 11 years of experience in the IT industry and is PMP certified. The views expressed in this article are of the author and do not necessarily reflect the views of the company. 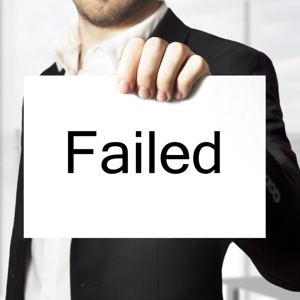