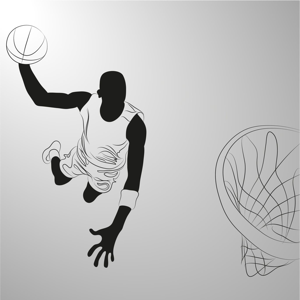 I'm a sports fan. Not of any one sport, but a sports fan in general. And when I saw today that one of the best basketball players in history - especially in the recent era of the NBA - is making less than 34% of his shots this season, I thought of this concept. That's Kobe Bryant I'm talking about, by the way. He's my oldest son's all-time favourite player. But it may be a sign that, at 39 years of age, Kobe has been through enough injuries and jump shots taking their toll on his body, and it's time to call it quits on a career before he goes out at the bottom rather than on top.

I know it's hard to throw in the towel. Doing what you love or leading something that means a lot to you is important. Quitting when you think you have more gas is like giving up - at least it is in your mind - but is it really? Or is it making a wise decision at just the right time when Old Father Time…in Kobe's case…or project management karma in the case of a misaligned, south-facing project tells you it's time to pull the plug?

I think it may be the latter, even though it's really, really hard to come to grips with it. Quit too early, and you'll always regret it. Quit too late, and you will also regret it - though the signs of failure on your face and legacy will be even greater.

So what do you do? What could make you want to pull the plug on a project? This goes for the project manager who may want to tell his PMO director that it isn't going to get better. It goes for the PMO director who needs to tap the project manager on the shoulder and tell him to stop beating a dead horse. It may go for the CEO who just needs to know when to stop trying to carpet the Titanic - meaning throwing money at a sinking ship - no matter how important that customer was when the project started.

How do you do this? Well, there are different scenarios based on what the issue is or at what level the problem lies. You would think the best option is the direct method - just do it. But that isn't always the best way to approach something that could be fairly devastating to another individual, believe it or not. Instead, try this three-step approach…

Step 1: Put Together as Much Background Information as Possible

Gather whatever information you can put together that will help you approach the delicate issue with your project client, your PMO director, your project manager or whoever it is that you need to break the news to. Make it as blow-softening as possible.

The next step is to break the news to the other party - if that person hasn't already taken action alone. I had to do this with the CIO at a company I was consulting as a project manager with when the professional services organisation I was working for shutdown, leaving me holding the bag on sixteen projects I was running for this client. I had to break the news to him that we were dissolving, our CEO was a fraud and, oh, by the way, can I continue to work with you on these projects separately? I must have done a decent job of it as he offered me the position to come work directly for him, but I ended up going a different direction.

You break the news, but you don't want to burn bridges. So you help with follow up and clean up. Who knows what difference that might make for the receiving party and what effect that might have on your organisation and your career immediately…or ten years from now. Always do the right thing, and don't just walk away.

Aside from the situation mentioned above, I followed up appropriately with a government client and a medical equipment manufacturer on troubled projects and held their respective hands through transitions. And guess what? It worked in a positive way later in my professional career. In other words, take the time to do it right - people remember.

It's never easy to give the bad news. Sometimes you're praying the other party realises it before you have to explain it. Or you hope someone might beat you to it. But if it's your job to disseminate this type of information in this type of situation, then you just have to do it. It's hard, but with a bit of professionalism and a touch of personal empathy and understanding, you can probably get the job done. In fact, I know you can.

How about our readers? If you were, say, the PMO director…and you had a very dedicated project manager struggling, trying to pull a project through the mud and it was time to pull the plug on the mess…how would you approach it?