Has Your Project Jumped the Shark? 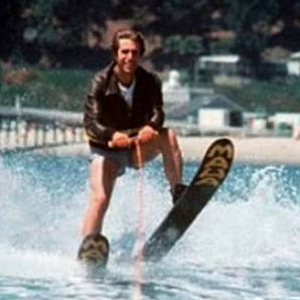 I like this term…partly because it works so well and partly because I remember watching that Happy Days episode that sort of signalled the beginning of the end for that beloved series. Much like the impractical concept of Fonzie jumping a shark on water skis in his leather jacket, some projects resort to impossible, impractical or downright ludicrous ways of trying to get through issues or over a bad hump to achieve success.

Happy Days had the shark, the Brady's had Cousin Oliver and the Partridge Family had that little kid named Ricky who couldn't sing a note.

Whatever you have or are trying…stop and think - is this how my project is going to go down. Will this be the lame legacy of my project. Is this what people are going to remember of my efforts to save the project?

What Are the Signs?

So, you're wondering is failure imminent. Has your project truly jumped the shark. While failure is never a certainty, there are some signs you can look for that may mean it's not too far off or you may have an immense amount of work ahead of you if you have any hope of getting the project back on track.

My observations through project experience and networking with colleagues has helped me narrow it down to these top 3 signs - in my opinion - that your project likely cannot be saved. While many more exist, these are the Big 3…

1. Your Project Budget Is Over by More Than 30%

I always say that a 10% budget overrun is far easier to correct than a 50% overrun. That's why I say to always be reviewing project financials every week and reforecasting every week. The project manager who does that is staying current on the dollars spent and will likely never go over by more than 10%. Why? Their eyes are always on it.

But who am I kidding. Yes, 10% is fairly easy. But as we go very far beyond that, there isn't much you can do to save the budget. Budget is often the end-all in many stakeholders' eyes. Once you hit 30% or more, it's likely a financial mess and probably hopeless.

That doesn't mean you can't bring home a successful project, but you won't bring it home on budget. If that's a key criteria for your company or for the customer, then it will most likely be considered a failure.

2. The Customer Has Contacted Your CEO More Than Once - for Negative Reasons

If the customer is concerned enough to be making multiple calls to your CEO, then you might want to be updating your résumé. You may want to leave this current gig off it, too. The CEO is not the one you want being called by the customer - the CEO isn't supposed to be getting involved in daily projects unless your organisation is very, very small…and even then…well…

The project is obviously hurting badly. You aren't "getting it done" for whatever reason and likely won't be finishing the project.

3. The Customer Is Talking About Pulling Funding From the Engagement

If the customer starts to pull funds on the project, barring a miracle, you likely won't be able to do much to change the customer's mind or save the project. I tried once with a large government agency and was nearly successful.

However, after a 3-month pause on the project - even though it wasn't my fault, and the project sponsor did not hold me responsible - the project was cancelled…and not lightly because more than $1 million had already been spent on it. Epic failure.

It's no fun when we fail. But we can learn from it. I know I have learned from the project failures I've experienced. I'm sure we all have. Are there any learning experiences you want to share and discuss. Perhaps you'd like to add to this list of signs your project may have jumped the shark?

10 Early Signs Your Project's a Failure

Carrying Out a Feasibility Study: How to Make a Smart Decision