We discussed the effect that the current economy is having on projects and project management in an article entitled Project Management in Tight Times. In that article we made the case that although some projects are being put on hold, others are going forward with increased scrutiny.

Projects that are environmentally "friendly" by virtue of their ability to reduce pollution, reduce fossil fuel consumption, or some other positive effect on the environment are definitely among those projects that are going forward. So project managers should increase their focus and awareness on these areas. These projects have spawned a new vocabulary. Terms such as "Green Project" and "Green Collar Jobs" are examples. Project managers should be aware of this shift in focus and add some of the new terms to their resumes to attract interest. Project management on these projects may demand a slightly different skill set than on other types of projects though.

Tyler Hamilton, reporting in the Friday, June 19, 2009 edition of the Toronto Star says that developers of large scale solar farms in Ontario, Canada, are preparing to battle the provincial government over its restrictions on where solar farms can be placed. Solar farms are vast areas of solar panels which supply electricity to a power grid. Solar power companies either lease or buy existing farms to install the panels. The ideal place for these farms is as close to the power grid as possible. That placement will reduce the length of transmission lines and reduce the cost of the project. The problem with that strategy is that government agriculture policy states that farms with class 1, 2, or 3 soils (soils are rated on a scale with 1 being the highest fertility) are not suitable for purposes other than agriculture. Averting any farmland that falls into class 1, 2, and 3 would potentially add considerable cost to any solar farm project.

Solar farm projects are attractive because they fall into the "green" class of project because they reduce dependency on electricity generated by plants that use fossil fuels. Solar farm projects are obviously also attractive to the solar power companies that initiate them because of their ability to generate profit. The increase in infrastructure costs that the additional transmission lines would have could potentially reduce the profit to the point that they would incur a loss with a project because their electricity prices must be competitive with existing sources.

According to Tyler Hamilton's article in the Star, Ontario's Energy and Infrastructure Minister George Smitherman said that rules expected to result from Green Energy and Green Economy Act would put restrictions on where solar farms could be placed. He said that farms with class 1, 2, or 3 soil would not qualify for development (including solar farms) in Ontario. Smitherman believes that there is enough farm land available that doesn't fall into class 1, 2, or 3 and that solar farms should not compete for the more fertile farm land. Some advocacy groups backed by the Ontario Federation of Agriculture for Environment Law and Policy are solidly behind this government policy.

The Canadian Solar Industries Association is fighting the policy with its own public relations campaign on several fronts. They say that they would only be consuming class 1, 2, or 3 farmland at the rate of 0.11% over 20 years. The Association also claims that without the ability to lease or buy this farmland they would be unable to initiate the large projects which would bring manufacturers of solar panels and other related industries to the province. These industries would bring what are termed "green collar" jobs to the province, an especially appealing prospect in a province bleeding manufacturing jobs.

The Association claims that using the farms for solar use will not harm the fertile farmland. The farms will guard against soil erosion because of the cover the panels provide. Allowing the land to lay fallow while being used for solar farms would also provide an opportunity for nutrients to build up in the soil making it even more fertile if it were to be returned to agricultural usage.

The reporter spoke with a farmer, Ray Roth of New Hamburg, Ontario, Canada who is a farmer trying to develop solar farms. Mr. Roth pointed out that it would be contradictory for the province to implement restrictions on the solar farms because it already provides indirect subsidies to farmers who grow corn and other crops used for ethanol production. The corn and other crops must be trucked to a plant which consumes fossil fuels, so replacing a corn farm with a solar farm would reduce fossil fuel consumption because the power would go directly on the grid.

Projects are always influenced by stakeholders who are not customers, clients, sponsors, or members of the project team. They may not all be as influential as the government is in this case, but must have their considerations taken into account in any case. The higher the public profile of a project, the greater the number of public interest groups that will take an interest in the outcome. The ideal time to identify these stakeholders is at the outset of the project. Demonstrating the value of a "green project" to these stakeholders becomes much easier when the groups are consulted with during initiation. The project manager must take ownership of this effort, identify the interest groups, and engage them early on in the project. Look for ways to demonstrate the benefit of the project to the public, paying special attention to the interests representing by the group in question. Associations or organisations may be available to manage these issues. Where these don't exist, the sponsor or project manager may need to engage the services of a public relations firm to state the benefits of their project.

The benefits of the solar farms for the provinces economy ("green collar" jobs) has been demonstrated by the Canadian Solar Industries Association. They have also demonstrated the benefit to the environment, a reduction in fossil fuel consumption to produce electricity. The problem they face is the backlash from farming groups who aren't directly affected by the demand for farmland for solar farms. These groups don't directly benefit from either of the two benefits stated above, and above all won't benefit financially from the sale or leasing of their farms for the purpose of building solar farms. But they do vote, a fact that George Smitherman won't miss. The Association faces a challenge from the government before it can hope to get the farmland it wants and it will have to influence the government to change their position on solar farms. Perhaps the best way of doing this would be to provide a benefit to the farm groups backing the government's position. 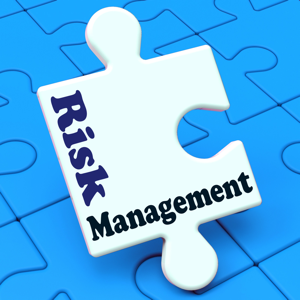 Many organisations have adopted Agile practices into their development methodologies and they have proved to be successful for the organisation as a whole.