Cutting Through the Chaos 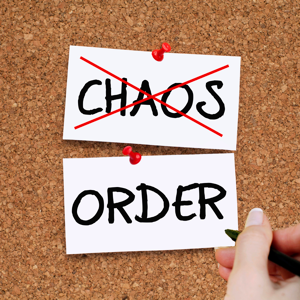 Over the years, IT project management has earned a reputation for failure with many high-profile projects being abandoned mid-stream, costing millions or even billions of pounds. Governments conduct IT projects poorly because of the committee structures and too many vested interests. Labour's disastrous NHS computer scheme lost an estimated £12.7 billion when The Coalition decided to scrap it in 2011. The FiReControl project was scrapped in December 2010, wasting £469 million after failing to deliver a new IT system which aimed to replace 46 fire-and-rescue service control rooms with nine regional control centres. Although these are just two of the most high-profile UK government failures, businesses and governments around the world experience similar IT project failures and associated losses. To put some figures on the performance of IT projects, we can look at a decade of Chaos Reports from the Standish Group.

As we can see, in 2012, the report showed an improving picture, but there is still plenty of room for improvement. So where should we focus our efforts to improve the performance of IT projects?

The Standish Group has identified ten areas in their Chaos Manifesto 2013, which reviewed 50,000 projects since 2002. We can focus on these areas to understand how we can improve IT project performance.

Experience tells us that it is important to have support from an executive sponsor with enough clout in the business to represent you and your team at the executive level during the project. Attaining executive-level sponsors is difficult, but having them recruiting other supporters and removing roadblocks and distractions that could negatively impact the project is vital to success.

The Standish Group discovered that it is important for the executive sponsor to have a strong understanding of the project-management process. Those who did not have this understanding tended to have projects with weaker performance.

Tip: Get support from an executive sponsor at the start of your project, and make sure they have a strong understanding of the project-management process.

Do your projects always meet your users' expectations? Involving users early in the project could be the most important factor leading to success. The best users to involve, according to the Standish Group, are subject matter experts (SMEs) who are knowledgeable about their side of the business.

Tip: Encourage users to participate in the project from the start, particularly SMEs, and tune the project team into their needs.

Small projects are more successful than their larger counterparts. The European Union defines a small project as having a total cost of €250,000. Scope defines the size of a project, so it pays to make sure every feature and function adds value. The Standish Group suggests it is better to have an optimised scope that is delivered, implemented, and used over a full 'bells and whistles' scope that is never delivered.

Tip: Keep the project scope small and focussed. It is worth remembering the Pareto Principle, which says that 20% of the features and functions deliver 80% of the benefits.

Having the right people on your project may sound obvious, but are they doing the right things at the right time? What kinds of people comprise the best team for your project? Consider whether it is worth paying a premium for a small team of highly-proficient and experienced people. This might be more cost efficient than using a large number of lower-cost resources. The Standish Group suggests that having a highly proficient resource philosophy can return large benefits.

Tip: Employ a small, highly-proficient and experienced team to increase the success rate of your projects.

Having the best project manager running your project can make the difference between success and failure. A good project manager will steer a project through the project-management process to a successful conclusion. According to the Standish Group, the real key to being a good PM is to take a complex process and make it simple and executable.

Do projects using agile, iterative processes succeed more than those taking a waterfall approach? According to the Standish Group, agile and waterfall projects have almost the same success and failure rates. However, 'small projects' have a better success rate than large long-term projects. Software development projects benefit from small projects with frequent deliveries and checkpoints. The Chaos Manifesto 2013 suggests, software should be built in small, iterative steps with small, focused teams.

Tip: Keep projects small using agile principles such as frequent stepping stones to make sure the project is still on the right track.

All projects should be focussed on achieving a business’s goals and strategies. Think about the product or service the project is in business to deliver, and avoid the trap of being focussed on construction activity. The Standish Group identifies a need to have a concise vision, problem statement, and statement of work for projects.

Relationships are an important part of project management. A project team needs the emotional maturity to manage relationships themselves and have a general awareness of the environment around them. The Standish Group points out that it is important not only to manage the real project's outcome, but the perceived project's outcome. They go on to say that, a lack of emotional maturity has a real negative effect on the project environment.

The Standish Group has identified thirty skills needed for emotional maturity, which can be used to assess the maturity of your project team.

Tip: Run an assessment of your project team's emotional maturity, and take steps to improve where needed.

The Standish Group defines execution as the act of taking a project to completion based upon a plan. It is important to have a predictable and clear process for execution. However, do not let methodology or unwieldy processes interfere with progress. The best processes and methodologies are those that are kept simple and have clear steps and outcomes.

Tip: Establish a set of rules, standards, and guidelines for project execution aligned to the business goals and strategies. Communicate this to your project teams.

It is important to have the right IT tools and infrastructure to run your projects but not too many. Having a limited set of tools and a clearly-defined process can help project teams deliver successful projects. According to the Standish Group, the major problems with tools is that organisations become dependent on them and are slaves to the tools rather than using their own judgement and experience.

Tip: Keep the number of tools and processes used to manage projects low. Experiment with different toolsets and processes until you find a mix that works for you. Concentrate on the following areas:

If we want our IT projects to succeed, then we should pay attention to these ten areas of improvement. Whether we believe the Standish Group's Chaos Report figures to be true or not, they point to areas that should never be neglected when managing IT projects. Cut through the chaos on your next project by focussing your efforts to develop and deliver a truly useful solution for your client.

Note: These findings are interpreted from the Standish Group Chaos Manifesto 2013 and reflect opinions particularly related to the running of small projects defined by the European Union as those costing €250,000 or less.