Project Management Kick Off Meetings: What is the Point? 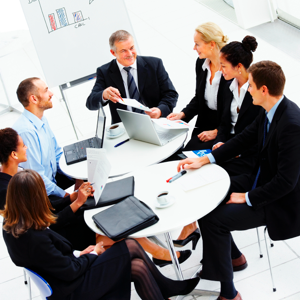 I was asked during a meeting with a client what is the point of a project kick off meeting? Apparently, the sponsor (who I was meeting with) was being pressurised by a project manager to hold such a workshop. I suggested that the project manager should be congratulated for the suggestion. I explained that the workshop could be two people meeting for 30 minutes to the whole team going away for the week. I went on to suggest that they were essential for the modern day project where speed seems to be of the essence.

This may seem strange; the workshop slows down the project initiation process while at the same time helping to deliver the overall project a lot quicker! How so? Rather than rush in and start to plan the project you have the opportunity of ensuring:

Of course, the workshop can be used in many different ways and you can have more than one. Some clients have one at the start of each stage of their projects.

I told the client about a project management training course we ran for a specific group of staff. This was a team of seven people who were delivering a key strategic project and wanted to develop their project management skills. During the morning of the first day it became obvious that the team were not aware of the background to the project nor what was expected of them in terms of delivery - was it a report or a training programme. There was confusion. The group were able to able to get hold of the sponsor who came along and talked through the project in more detail.

This was the start-up workshop. It should have taken place at least two weeks prior, but it did not. By asking the sponsor to come along and explain the background the team soon developed a business case, which was agreed by the sponsor. The group were able to use the course to produce a project plan. They arranged a meeting to check that the work done so far was worthwhile and to look at the monitoring and control aspects as they realised they needed sponsor input. They speeded up the project management processes by holding, via the training event a start-up workshop.

Yes, start up meetings take time to arrange, time to hold, but if run successfully make a really significant impact on the project.

Good luck with your next meeting!

You can read his blog at www.ronrosenhead.co.uk