Avoiding Stone Age Practices in the Age of the Internet 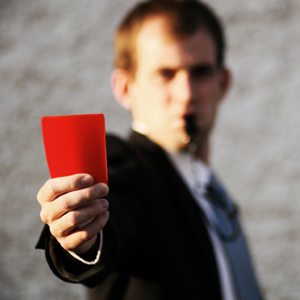 Albert Einstein has been widely quoted as saying There are two things that are infinite, the universe, and human stupidity, and I'm not sure about the universe. Like most people, I usually write this off as an amusing, sarcastic quip he made on a bad day. I mean, it can't possibly be taken literally, right? Then I wander across a news item or business situation that make me wonder if maybe he was on to something. In spite of common sense, again and again I encounter companies repeating tragically avoidable mistakes, hamstringing themselves with the same ludicrous errors their competitors (fortunately) are also making.

Although Steven McConnell clearly mapped out a step-by-step recipe for successful software product development projects over a decade ago in his Software Project Survival Guide, a surprising level of ignorance seems to prevail in some software development organisations. Here are a few real-world examples that I have encountered in the past year:

Using one of my favourite thinking tools, called API (Assumption of Positive Intent), I searched my mind for an explanation of why smart, well-educated, experienced people would behave in such seemingly less-than-brilliant ways. I'm sorry to be negative, but I came up empty at that particular moment. Stick with me; by the end of the article all shall be revealed. But until then, more mayhem!

We Can Send a Man to the Moon, and Yet…

The widespread availability of inexpensive, even free, internet-based collaboration tools has made working with people scattered around the planet relatively easy compared to even a few years ago. (In the not-so-distant past I was sending memory sticks of big files to Japan through the physical mail!) Today, Wikis, Skype, and shared document services such as Sharefile, Dropbox or Box.net have given even small companies like mine the ability to do business around the globe almost effortlessly, at least from an IT standpoint. And yet I'm personally aware of large, so-called global businesses that are still hampered by issues like these:

Naturally, my suggestions to explore using commonly available tools like Google Sites (Google's version of a Wiki), Skype (free videoconferencing), and cloud file storage tools are met with the standard retort: "Our IT group won't let us use that due to security issues." Point well taken. Security is certainly a valid consideration. But so is getting our work done, eh? And if email were invented today, I am quite sure it would be forbidden by IT departments worldwide due to similar concerns, as would credit cards (they track everything we do!) and cell phones (and they know where we are!).

Any one of these 21st century super-cool tools won't necessarily work for a particular environment, but it's up to the project manager and the IT people to work together to figure out what will work. The question we should be asking is "What WILL make it possible to efficiently, effectively, and securely share files, documents, and other critical project information in today's global business environment?" I'm truly stymied by encountering the brick wall of "It's not possible." year after year with various clients. No worries: I'm not tired, and I'm not giving up. I'm just puzzled. Perhaps I'll be deluged by responses full of cautionary notes, but I personally would prefer an onslaught of email answering the question, "What would make it possible?"

Tortured by the Demons of Excessive Workload and Aversion to Planning

As I write, it's starting to dawn on me that stupidity can't possibly be the explanation for the bewildering examples of worst practices above. But what is at the root of all of this, or at least the largest of the many tendrils?

Last time I checked everyone I know who had a job was more overworked than ever, with at least a half-dozen important tasks or projects on their plate at once, all of which were prioritised either HOT, VERY HOT, RED HOT, or DO IT NOW! The necessity of taking the time to plan, not just what we do, but how we do it, has been understandably put on the back burner.

Working faster, "doing more with less," and the all-too-common firefighting, heroics, and diving catches can feel like an enlivening experience, even as you're digging your own project grave. An aversion to planning is characteristic of many human beings (especially engineers), and it never feels like there's enough time to plan. In a way it's actually quite a relief not to have the time to do any long-term strategic thinking, especially when the world sometimes seems to be changing so rapidly that any such plans will be obsolete long before they're implemented. We can just come in to work every day, sort through what's piled up in our email inbox, and respond to the crisis de jour, adrenaline coursing through our veins the whole time. Wahoo!

Corporate Culture Trumps All, and Yet is Neglected

Peter Drucker is credited with saying, "Culture eats strategy for breakfast", meaning that if you can't get the company culture right it won't much matter what kind of bug-tracking software you implement, or whether you have a Wiki or a place to share files. In spite of a wide array of research, books, and articles on exactly what works with millions of people worldwide, I still find that most work environments fail to implement even the most basic elements required of healthy, vibrant, work environments: corporate cultures capable of fostering and enhancing business results. (See my previous article on this topic if you want more on this rant.) The project leader is the source of culture in the immediate project environment, so we're responsible for what Mr. Drucker claims is even more high leverage than business strategy. What an awesome opportunity and responsibility! Most of the changes required to create a best-in-class culture cost absolutely nothing, except the time to plan and implement practices such as:

But we're all still burdened with the fact that we're human beings, and our nature is to succumb to the overwhelm of extremely demanding work environments. Even I need a reminder now and then that I'm venturing far outside the zone of common sense. Let's help each other stay out of that well-travelled area, shall we? Make a pact with your teammates early in the project that you'll raise a red flag when reason recedes.

A Beacon of Light in the Darkness

My friend and former colleague Jateen Parekh is the founder and CTO of Jelli, a company that's re-inventing radio. I heard him give a talk recently where he shared what he'd learned on the journey from being an engineer to a company founder, people leader, and business manager. He's a dyed-in-the-wool technologist by background, passion, and profession, and yet in his role as the leader of a very techno-centric company he's embraced pretty much every one of the business management, process excellence, and people-focused practices referred to above.

Listening to Jateen reminded me that working on the business, on the way we conduct ourselves while doing business, is just as important as working in the business, especially when it is OUR business. Ignoring best practices proven to work better than chaos, lacking the discipline to follow processes that we know make sense, pretending common sense doesn't apply to our work environment because "our business is different"…these choices are inexcusable for today's project managers. Surely this is one of the most important roles of a project leader. We have a responsibility to step back and question the processes and practices in use, and ask if there is a better way to achieve our business results, find answers to this question, and thoughtfully implement solutions that enjoy the buy-in, commitment, and support of all key stakeholders.

If you haven't got time for that, then at least pause and reflect on this bit of advice from Dr. Eli Goldratt, author of, among many books, the bestseller The Goal: "Just stop doing the stupid stuff! The rest is genius!"

Kimberly Wiefling is founder and President of Wiefling Consulting and Executive Editor of the Scrappy About Series. She is a proven expert in enabling people to achieve what seems impossible, but is merely difficult. She is the author of one of the top project management books in the US, Scrappy Project Management.

The US and UK continue to be two countries divided by a common language. Ms. Wiefling innocently chose the name of her book series as "Scrappy" without realising this would make selling the book in the UK enormously difficult. While her book has enjoyed great success in the US (#1 in the Kindle Total Quality Management category, and generally among the top 30 project management books), Europe and Japan, sales in the UK lag. So don't be put off by the title, there's nothing "messy" about "Scrappy" project management!