~ By Dan Vickers and Curt Finch For project managers, the support of their team is critical for completing projects successfully. Yet, a team's respect cannot simply be assigned like a task. Acquiring and executing project authority with the support of a full project team demands careful and skilled execution.

Project leadership requires a humble yet assertive persona, capable of taking charge when needed and delegating authority wherever possible. A project manager must develop their own skills and lead with principles. Doing so will certainly encourage team loyalty. If a project manager simply presumes authority, they will never earn the backing of their team.

This is an ongoing practice that should drive the way a project manager carries himself and shapes how he interacts with others.

Strengthening the Circle of Influence

Project managers operate under a circle of influence; though they have a degree of influence over their team members, PMs rarely have direct control over anyone in particular. While a boss or senior executive may be able to issue decrees and make demands, the project manager does not have quite the same powers of command. Many fail to understand this aspect and walk into project management assuming the role of infallible leader, often inspiring heavy resistance and strained accomplishments.

To exert influence, then, a good project manager should do the following to inspire team loyalty:

Understanding when to delegate authority is an important aspect of leading. A project manager must know their team's strengths and weaknesses. This knowledge allows the PM to assign tasks and make decisions for team members, improving overall efficiency. Doling out responsibility saves time and empowers team members.

When delegating, it's important to understand exactly when and to whom power can be entrusted. Not everyone is cut out for a management role, and some are much happier with strict oversight than free reign.

It could turn out that someone who is excellent at sales, for instance, does not have any interest in managing others. Conversely, the newest and perhaps least senior team member could prove himself capable of taking on more tasks and responsibility. It's important for a project manager to keep their finger on the pulse of their team and monitor changing roles and abilities.

To learn the capabilities of the team, a project manager should assign small tasks at first. The team member can develop a plan for the assignment, then do the actual work, and finally, receive a performance evaluation. As the team member improves, the task load and/or the complexity of assignment can be increased.

Delegating work will ease the overall burden and encourage team members to work toward a valued end goal, putting their trust in the project manager. A project manager who does everything himself will end up with team members feeling resentful and distrustful.

At the end of the day, all we have is our honour; a project manager should never let a feeling of entitlement be corruptive. To be a great leader, it's important that a project manager acknowledge her principles and stick by them. Team members will respect the project manager for honouring her convictions and the PM will be able to feel pleased with her accomplishments. Project managers have to be able to believe in themselves, believe in others, and believe in their own actions. Even if mistakes are made, there is the knowledge that they were made with the right intentions.

Communication will always top the list of vital qualities for effective project management. Developing relationships with team members is critical, and project managers should work to exhibit their true personalities and gain the trust of all coworkers. Effective communication can never be achieved through short emails, incessant demands, or brief interactions; relationships are slowly developed through consistent interaction and honest behaviour.

When communicating, a project manager shouldn't do all the talking. It is absolutely critical to listen to team members' suggestions and ideas. Letting team members know that their input is valued and giving credit where it is due will help alleviate any resentment and facilitate collaboration among the group.

Being a project manager is not a static role. It is an ever-evolving career that requires constant learning and staying on top of the game. This can mean everything from furthering project management education to focusing on health. If team members view the PM as ill-informed, they will be less likely to trust their judgement.

There are incredible resources for furthering project management skills, such as webinars, continuing education classes, or PMI chapter meetings. These resources will not only make a PM's job easier, but will demonstrate competence to team members.

A project manager can't just "talk the talk" but has to also "walk the walk." If not, she will lose all credibility. In order for a project manager to earn their team's respect, they must wholeheartedly support their own decisions and back them up with actions.

The most effective way to earn authority is to be a project leader that others want to follow. Be on time. Be kind and considerate. Be efficient with your tasks. Be organised. Be fair with others. Set an example for others to follow.

The project manager is a tricky position to navigate, yet just a few simple practices can enhance a project manager's powers of persuasion and increase their influence enough to achieve tremendous things. A project manager should always remain cognisant of the fact that they aren't the boss; they are a leader of a team that will be inspired to follow or struggle at every step along the way. The process will be made much easier by being kind, respectful, and benevolent in decision-making.

Dan Vickers, PMP, is a project leader at CS STARS and has worked with a wide variety of clients in multiple industries: Banking, Insurance, Staffing, and Manufacturing. He began in project management in 1996, was certified as a PMP in 2003, and has led hundreds of projects from start to finish. He works in a fast-moving, multi-client, multi-team environment delivering risk management software solutions to clients across the country at CS STARS. He currently performs program management for numerous projects in an effort to efficiently impact the organisation's bottom line. In addition, he leads project management webinars to other project managers from around the world. Managing multiple projects simultaneously and effectively is his way of life. 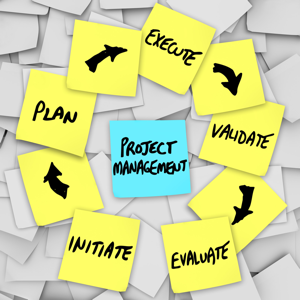 Project management best practices can easily be applied on small projects to enable you to plan and manage your project successfully.

The Four Stages of Recovering a Project If a project is in trouble, the project manager needs to work to recover it and get back on track. Four steps will help the PM facilitate the recovery.

The Most Common Sourcing RFP Mistakes 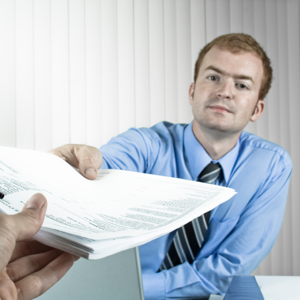 Five of the most common mistakes in internally developed RFPs and how companies can better manage these issues by improving their RFP processes. 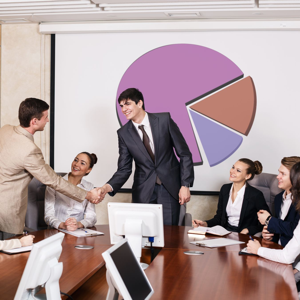