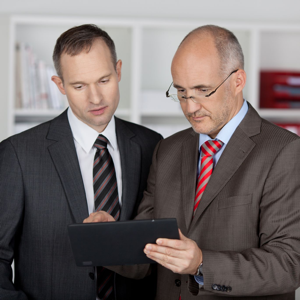 A business tale of what it takes to turn around troubled projects. The year is 2005 and times are good. The business environment is vibrant and the economy is strong. Large businesses are committing large amounts of capital and resources to implement new strategies, establish new capabilities, and open new markets. It was no different at PintCo, where Jack works as a Director of Customer Relationship Management.

Jack walked into work on Monday morning like any other. He dropped his briefcase in his office, grabbed a cup of coffee and headed down the hall to meet with his boss, Brandon, about one of the company's troubled projects. Although Jack had substantial experience, he had only recently joined PintCo after being hired away from a chief competitor. He was still learning about some of the nuances of his current employer.

After the typical morning banter, Brandon and Jack got to the topic at hand. Jack, I'll get straight to the point. I need to you to take over the Customer Master File project from Paul. Brandon said. He continued, We hired you because of your significant project management expertise. I know that you've turned around a lot more difficult situations than this. Over an hour later, Jack emerged from Brandon's office and set out to learn more about the challenge that Brandon had posed to him.

Jack was an experienced business leader and project manager. He had seen more than his fair share of ugly projects; some he turned around while others had spun hopelessly out of control. He would be able to tell very quickly how this one would go based on the makeup and culture of the project team.

Over the course of the next few weeks, Jack took over the Customer Master File project, met with key project team members, and conducted dozens of interviews with key stakeholders. It was only a few weeks since Brandon had handed the keys to him for this troubled project, and now Jack was back in Brandon's office to give a rather stark update on the situation.

Brandon, I've talked to the project team and to key stakeholders, and I know why this project is in trouble, Jack started. If you truly want me to turn this project around, I'll need your support to make some critical changes.

Brandon, a 20-year veteran at PintCo, knew what was coming. He had seen too many projects start, flounder, and then fail at the company. He didn't want to hear that another project was on the brink of failure, but he asked anyway, What did you find out, Jack, and what can I do to help?

Jack drew a deep breath and began to explain his findings. Brandon, as you know this project has been in flight for nearly six months now and it is already behind schedule and over budget. Jack went on, In talking to the project team and other stakeholders, I don't see the situation getting better without making some pretty significant changes.

Jack's experience helped him to quickly identify a number of critical issues with the project, which he carefully outlined for Brandon:

I'm not going to sugar coat this for you Brandon, Jack explained. I've seen this situation far too often in my career, and if we don't change the situation this project will fail in glorious fashion.

Brandon knew that what Jack said was true, and he also knew that changing the situation would be difficult, painful, and potentially costly. He reluctantly agreed with Jack, and together they laid out several key changes.

Thanks for working with me on this Brandon, Jack said. Just to confirm, let me summarise the changes that we agreed to implement:

Brandon and Jack both agreed with the plan. Jack knew that some of these changes would be unpopular, but without them the project would be doomed. He left Brandon's office with a sense of relief and apprehension. There was still a lot of hard work and heavy lifting yet to be done…

Six months later, Jack ran into Brandon in the break room as they both were angling for their morning coffee refill. Jack!, Brandon shouted while patting Jack on the back. Congratulations on getting the Customer Master File project into pilot. By all accounts, it has been a resounding success! Brandon crowed.

Thank you, Jack smiled and answered, but you know it was pretty touch and go after we met in your office to plan the project turnaround. There were a lot of unhappy campers and several of them didn't like the idea of being assigned 100% to the project if you recall.

But we quickly converted them - and now I see a project team that is hitting on all cylinders, Jack added. In fact, Sharon told me she was ready to quit six months ago - and now she's happier than ever and up for promotion. Jack explained.

I love it when a plan comes together, Jack said proudly as he turned to walk away and take on his next big project.

John Jambaya (Midrand) says...
1. Jack's success is a result, partly of the courage to get the job done by identifying the project weak links and deal with them head-on, notwithstanding his popularity as a new PM taking the dive. This is true given the fact that Brandon knew the problem but somehow was hesitant as he feared to be on a collision path with Peter and the IT architects.

2. Jack's other strength, is his past experience on projects and the ability to easily assess problems of the same packaging as those he encountered before with certainty. His confidence level when he briefed his boss on his findings after the reconnaissance interviews with team players, some of whom were detractors of the project and its objectives was a factor.
Reply

A. April (Georgetown) says...
The reason for the failure in the first place was no project team. The team members all had their own agenda and their real jobs, which they were focusing on.

Sometimes, we focus on all the rules of the game and forget how important our team and team building is. This guy Jack realized the error, organized the team with the help of his manager and success followed.
Reply

Anthony SOF501 (Falls Church Stratford) says...
This was a success with the buy-in from all stakeholders. The change in management provided the identification of project weaknesses as well as a way forward to a successful project close. The establishment of a communication plan and its maintenance was key as well as the establishment of expectations.
Reply

Jon Harris (Newport News) says...
I like the fact that this guy identified the problem, and did not come in with a bully mentality.
Reply

Bradley Jackson (Kingston) says...
One of, if not the single most important thing, which led to the success for me was that Brandon bought into the proposals put forward by Jack and gave his full 100% tangible and real support to Jack and the team. This is supported by Brandon agreeing and having a one-on-one with Steve to make sure that he too was on board, bought into the new way forward and hence removing one of the main potential hurdles to the new project plan.
Reply

Ayodele Ogunlowo says...
For me, the project was successful due to availability of required resources. I work in an environment where it is quite difficult to pull out resources especially from IT to work full-time on a project. This project worked on the 'Ceteris Paribus' principle. We should at all times remember that it is different ball game in a functional environment.

In fact, the culture of an organization determines the project management methodology that can be employed.
Reply

Eugene Mulholland (Dublin) says...
The project was saved partially because Jack was experienced and his research showed up the shortcomings in the project to date. I feel the crucial decision was made by Brandon to bring Jack's expertise into play. Brandon recognized that this project (like others run by the company) had basically hit a brick wall and was in danger of failing. It took insight to recognize this, humility to accept it and courage to deal with it.

For Jack's part he did everything out of the book and having assessed the shortcomings put a (project) plan in place to address the situation and bring it to a successful conclusion. Hey, project management...this stuff works!!!
Reply

Galina says...
The key factor of success for that project is that all members were involved in the project on a full-time basis. According to the article:

Working part-time on the project causes the loss of focus, so the team can't work with 100% efficiency.
Reply

Sarah Zapata (Santo Domingo) says...
There were several points related to the success of the project:

More importantly, selected a very good professional with a lot of experience in managing projects. The humility to recognize the expertise of the new manager.
Reply

Chris Hartwell says...
Jack was successful because he worked with a dedicated team to clearly define the scope of the project which was agreed to by the team and management. Without support of management the project is doomed. Furthermore, Jack eliminated the unconstructive behaviors of certain individuals on the team so the team could focus on the deliverables. Additionally, not mentioned in the article but it is important to communicate status regularly and confirm agreement with key stakeholders if the project plan dates need to change.
Reply

Just to buttress your point and maybe add some things, the fact that the project was being handled part-time is enough reason for a big communication gap. It is possible that contributed 60% of the factors causing the failure of that project before Brandon realized it.

Ochola Wayoga (Dar es Salaam) says...
It's evident that the project had to run beyond the appropriated budget. No defined scope will leave huge room for fumbling and incurring costs that are not justified. A loose scope is potential for dragging a project astray.
Reply 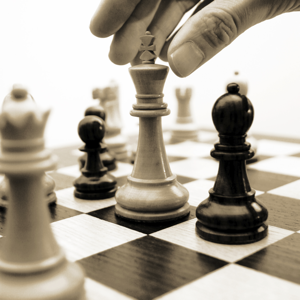 Whether you're engaged in a project for the first time or a seasoned pro, here's a useful overview of all that project management encompasses. 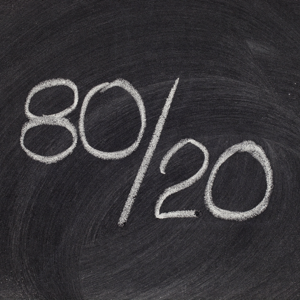 Pareto Analysis or the 80/20 rule enables you to see what 20 percent of cases are causing 80 percent of the problems on a project. 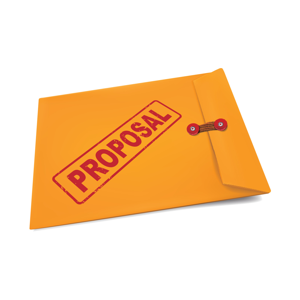 Don't become the casualty of a failed project. Always put measures in place that address these five common problem areas to help secure your project success.