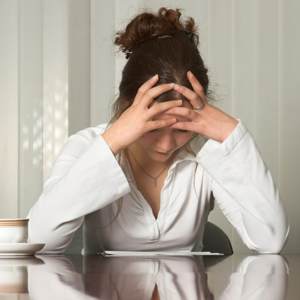 Many complex, long-term projects fail to live up to their promises and produce disappointing outcomes on completion. Some of these are well-known for exceeding their budgets or deadlines or both. Take London's 2012 Olympics Project whose budget of over £9bn is triple the original estimate and whose contingency fund of nearly £3bn was almost entirely earmarked for certain tasks by as early as the first quarter of 2010, over two years before the deadline.

Not all projects are such high profile ones, but there are plenty that exceed their budgets or fail to deliver on their promises just as spectacularly. Project managers often have a poor reputation for delivering what was expected without budget or time over-runs. And one of the industries with the worst record is the technology industry where failures are said to exceed 50% of all projects undertaken.

So organisations make commitments to major projects, but cannot always deliver what was expected and, more worryingly, cannot determine how much value they are getting from their investment. Many corporations do not even measure the value added by a project once it has been completed.

Publicly available statistics of project failures vary dramatically in their estimates and do not include confidential data from private corporations so are not an entirely reliable guide. Yet each new project begins with enthusiasm and no expectation of failure, but often without having learned lessons from previous projects that might contribute to success this time around.

Even on simple, straightforward projects there are many areas that can cause the sorts of problems that can eventually manifest themselves in failure. Add to the many possible causes of failure any level of complexity and problems can rapidly escalate into disasters. Here are just some of the most common causes of project failure:

So the causes of project failure are wide and varied. In addition promised resources may not be available when required, executives may fail to grasp the full reasons behind instigating a project or there may be political reasons for continuing with a clearly unviable project.

But how can lessons be learnt from previous project failures?

There are three potential causes of project failure that are the most important of all and, if dealt with fully and completely, can help to avoid project failure. These are the Project Scope, Risks and Key Assumptions. Also important is retaining the skills already available within an organisation and developing existing and new talent through project management training. Professional project management courses in internationally recognised methodologies such as PMP can assist organisations in developing and retaining talented project managers.

The author is a qualified PRINCE2 Project Manager and believes that the right project management training can transform a good project manager into a great one and is essential for a successful outcome to any project. There are project management courses now available that include online learning and podcasts as well as more traditional classroom courses in internationally recognised methodologies such as PMP, APMP and PRINCE2.